The Brilliance of Berlin 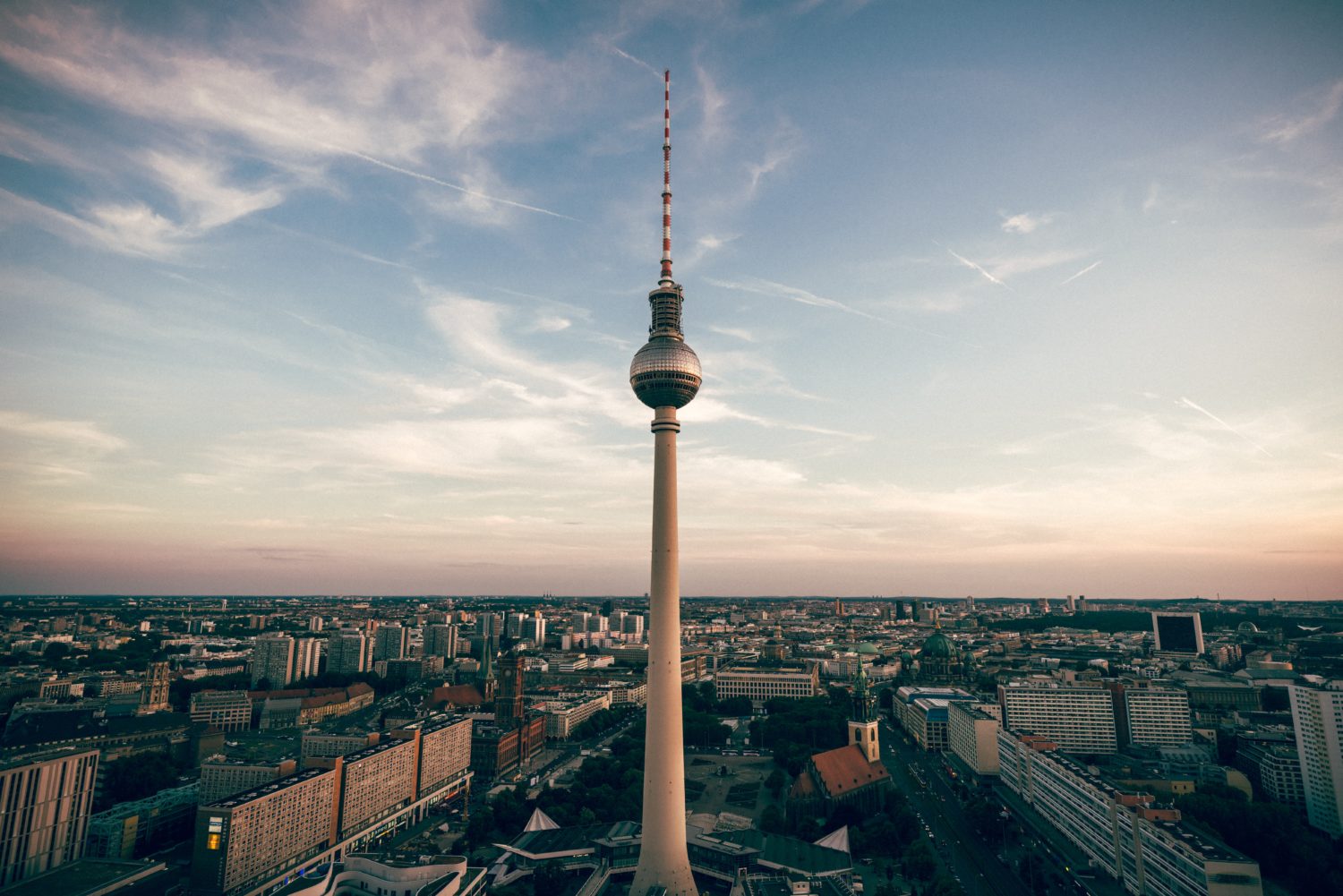 All the big sites, with some nooks & crannies thrown in…
Having recently been over in Berlin to meet with a new client there, it was the perfect opportunity to reflect on how much Germany has influenced, inspired and intrigued me since my first visit in 1993. That was as a wide-eyed 14 year old to a small village called Oberpleis, not far from Koeln (or Koenigswinter if you’re familiar with that corner of Rhineland). Over the last 26 years I’ve gone back 18 times… travelling around Bavaria, working as an Analyst of bio-waste, helping to build the Oktoberfest site as Germany’s skinniest, sun burnt builder, and babysitting my Aunt’s children* in Wartenberg. I even managed a (successful!) marriage proposal in Garmisch in 2009, at the summit of the country’s highest peak, the Zugspitze.

But there’s no doubt Berlin has left the most indelible mark. I first traveled over in ’98 on a student exchange scheme, that included an emergency landing at Gatwick thanks to the small matter of a cracked cockpit windscreen. Ultimately, the decision to go back and study at FH Brandenburg just outside Berlin was an easy one. And I’ve been in love with the place ever since.

So, a few thoughts from my history with Berlin, a city that boasts a history like no other.

Wo bist du? | Where are you?
You can live, breathe and experience the phenomenal history of this great city when you’re there yourself.  BUT it is good to know between 1961 and 1989, the city of Berlin was located in the heart of East Germany, though the city was itself split by the Wall (“die Mauer”) into East and West, with the East side of the city being the key location of the Russian-controlled German Democratic Republic (GDR or DDR) of East Germany.

Get your bearings banked…
My favourite place to stay in Berlin is Hackescher Markt (a on the map), just off the River Spree in the Mitte district.  From this neighbourhood, you can take in many of the famous sites.  It’s a 10 minute walk to the Museum Insel (island) by the river Spree, and from there, you’ll walk in front of the Dom (cathedral; b), and onto Unter den Linden (c).  This boulevard leads up to the famous Brandenburg gate (e), with Friedrichstrasse (featuring Checkpoint Charlie; d) cutting through it about half way up.

Getting a feel for the East at Hackescher Markt…
With the legendary Tacheles squatter building sadly resigned to Berlin’s colourful past, head over to the Art Alley at Hackescher Markt. It’s the next alley down from the funky modern Hackescher Hof, and the juxtaposition of these two developments demonstrates the new versus the old, the pre-89 versus post-89, better than anywhere else. The Art Alley is small, but walk to the end and around the corner. Be brave…there are people down there who will inspire you. Check out the exhibitions in the cellar museum (spooky animatronics at time of writing) which is usually about €8. While you’re waiting for that to kick off, pop into the bar next door and grab yourself two drinks for under €4. One downside in there….smoking is permitted!

Don’t miss: the best bar at Hackescher Markt has to be the Cinema Café just at the entrance to the alleyway. Good music, cool decor and, importantly, complimentary salts ticks!

A darkly colourful history…
A short walk from Hackescher Markt is the DDR (German for GDR or “Deutsches Demokratische Republik”) museum. It’s only €7 entrance, and it’s interactive displays – including the chance to sit in an authentic trabbi¹ virtually drive through old East Berlin – really make this one of the cities better museums.  It gives a real feel for what life in Stasi-run (East German secret police) East-Berlin was like, particularly in the late 70s and 80s.  I’m also not a big fan of spending hours in museums, so this is ideal as you can get through everything in just over an hour!  And it’s open until 8pm, so you can enjoy the outdoors during the day, and pop in here later in the evening before a deserved dinner back at Hackescher Markt. 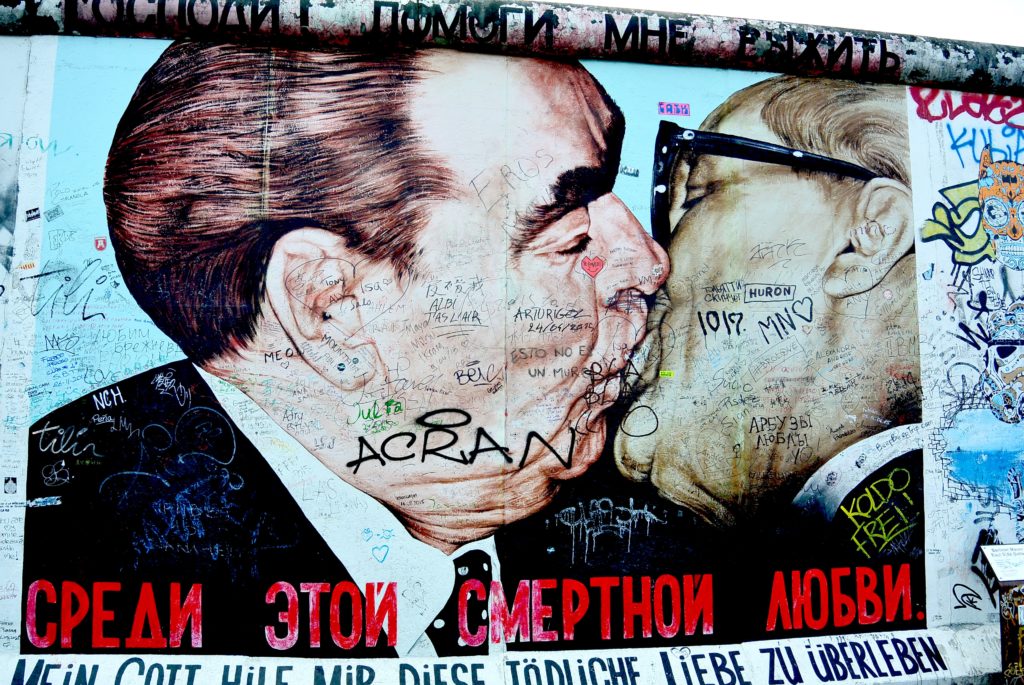 If the DDR museum whets your appetite for more “kultur”, then you’re in the right spot, because the Museum Insel (island) is the location of the spectacular Pergamon museum that houses the jaw-dropping Pergamon Altar.  Nearby, you can also pop in to the Altes (Old) Museum which is facing the spectacular Berlin Dom (cathedral), one of the cities finest examples of architecture that bares the scars of war.

Walking up Unter den Linden, do pop in to the eerie and affecting Neue Wache (New Gaurdhouse, free entry) building for a moment on your way up.  It’s a war memorial with a monument of a mother holding her dead son.  As you walk up Unter den Linden, you’ll pass the Humboldt University, with no less than Karl Marx, Albert Einstein and the Grimm brothers among it’s Alumni.  Directly across the boulevard is Bebelplatz, scene of the infamous Nazi book burning ceremony of May 1933.  You’ll find a small memorial to the event, sets of empty bookshelves set into the cobbles.

¹The “Trabbi” or Trabant is an old DDR car.  There was often a waiting period of years to get yours, which meant that second hand ones often cost more than new ones!.  Pick one up as a souvenir but don’t pay more than €7.00 (you’ll see them in touristy spots for €10+).

Checkpoint Charlie…
As locals will tell you, this is a bit of a tourist trap and probably the poorest management of a key historical location.  It is still worth seeing once, get photos in front of the cabin which came to represent the crossing of East to West (check out the bronze plaques along the ground which mark where the wall was formerly located).  If there are “guards” at the cabin, you’ll need to pay them for a photograph.

In my humble opinion, the best reason to pop down here is to go through the Checkpoint Charlie museum which, amongst it’s hundreds of artifacts and interesting displays has the most emotional and engaging examples of the efforts the East-Berliners often made to get over to the perceived freedom that the West offered (approximately 136 people died trying to flea to the West).

The Brandenburger Tor (Gate)…
Coming back off Friedrichstrasse onto Unter den Linden, you’ve a few more minutes to walk to get up to the famous Brandenburg gate.  For the foremost symbol of East/West, it’s a must visit.  Even though it was never the most strategic crossing point during the wall’s life.  Walking through the gate and turning right, you’ll pass a small cabin in winter selling Gluhwein, beer and sausages.  It’s a good opportunity for a quick break, and it’s not outrageous considering the location.

The Reichstag (Frau Merkel’s gaff)…
Only 5 minutes further from the gate, and already in your line of sight, the German government building (the Reichstag) lies in wait. Sadly, the area now has an extremely strong security presence.   Stern police and security staff leer at tourists, which is inevitable given events over recent months, and indeed years.  It’s an impressive monstrosity of a building, and a must-see given it’s history (it was here that the Russian soldiers were famously photographed putting their flag on it’s burning roof in 1945).  If have the time and patience, a tour inside that allows you up into the famous new dome

Alexander Platz and the World Clock…
If you’re ok with heights, pop down to Alexander Platz.  You can take a lift to the top of the Fernsehturm (TV Tower), for amazing views over Berlin in every direction.  The irony is that you can’t see the thing the city’s skyline is famed for….the TV Tower!  There’s also an overpriced restaurant at the summit if you’d like to get some lunch in, whilst literally watching the world go by.  At the foot of the tower, check out the world clock as featured in the Bourne Identity…still not sure why i wasn’t cast in that movie.

Into the West…
Somewhere I’ve spent a lot of time on business and because it’s one of the main stations in the city is Zoologischer Garten.  I’m generally not a fan of zoos, but the Berln one is probably the best in Europe for the space given to the animals.  Whatever about the zoo, a trip here is worthwhile just to see the Kaiser-Wilhelm Kirche (church), which is also known as the Gedachtnis (Memory) Kirche.  Brilliantly, after World War II, the people of Berlin insisted on leaving this famous church remain with it’s significant bomb damage, as a reminder to future generations to the folly of “grand” plans beyond sense and reason.Watch out for…
1. If you do go down to Revaler strasse, don’t engage with the dodgy guys selling “something special for you”. I once made the mistake of simply saying “no thanks, we’re fine” and he proceeded to commence a transfer of a wallet from my pocket to his. Thankfully, I’ve watched all of the Bourne movies more than twice so I was able to throw some moves on him (moves = walking away very very quickly).

2. For my 21st birthday in 1999, we had a party of about 30 people in our little apartment. I did the decent thing and purchased three crates of Becks. Upon returning to the apartment, a friend was impressed by the purchase but asked, “Why did you get all non-alcoholic beer?”. An easy mistake. It hasn’t happened since.

Day Trips from Berlin…
Take the train down to the spectacular Potsdam Sansoucci Palace and check out the whispering wall!  It’s less than 30 mins from Berlin Hauptbahnhof.

REF: For more pics and info on Berlin’s art scene at Hackescher, I recommend this blog by Shing Yoong: http://www.theculturemap.com/street-art-alley-hackescher-markt-berlin/

*Eamon & Conor are now both in their twenties, which continues to upset me 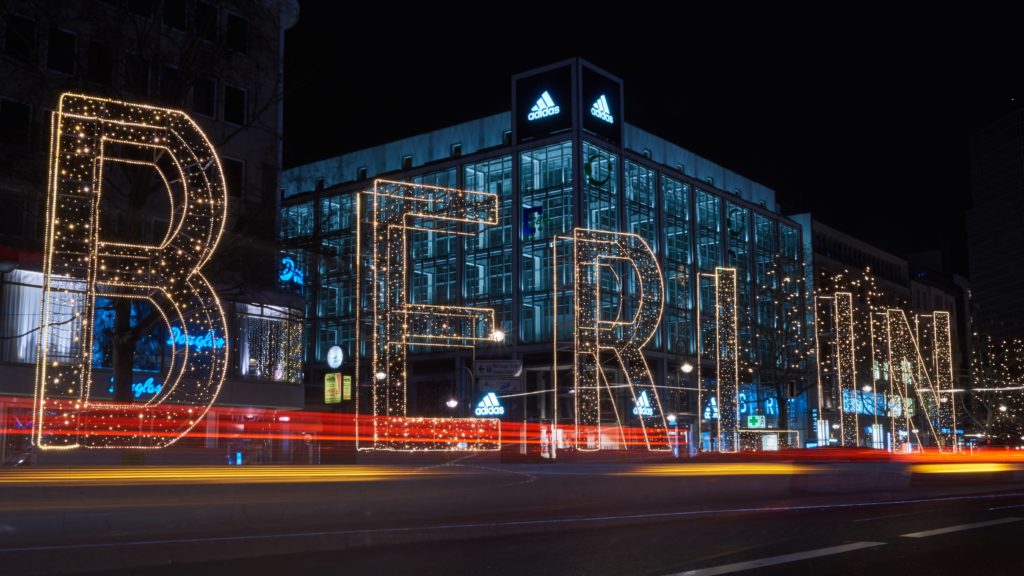 Be Amazed. Be Inspired. BKreativ

GDPR is coming for your business